40 years ago, this week, The Sex Pistols played the last date of their one and only American tour at the Winterland Gardens in the Hippie haven of San Francisco. Paul Cook and Steve Jones plug away gamely to an audience of the curious and the haters; the doomed Sid Vicious struggles on bass, not least as it’s not his first-choice instrument, which currently is the syringe.

A normally sprite-humoured Johnny Rotten is tired and in his mind already made up in leaving the cartoon edifice the band has become is singing The Stooges No Fun and meaning every ad-libbed word. The shambolic ending perhaps most eloquently summed up by his sardonic sign off ‘Ha Ha ever get the feeling you’ve been cheated?’ He could easily have been referring to himself.

Punk is now officially dead. Sid literally so not long after.

In truth however, Punk was an alchemist for so much great music of the late 70’s and early 80’s. Its effect on music far outlasted the flash-bang of the ‘76/’77 period which is widely acknowledged as its peak. Its greatest legacy has been as a catalyst for people to ‘have a go’ – it’s been an inspiration for a lot of creative people; not just musicians but artists, poets, writers, comedians and designers, its still going strong today and Punk could well be attributed to as its ground zero.

As the initial punk bands musicality improved it had an easy metamorphosis into Power-Pop and the charts were awash with three-minute pop gems with attitude. More interesting still is its amalgamation with other musical genres.

The Mod Revival took the template of the hedonistic attitude of The Who, The Kinks and Small Faces and mixed in a liberal dose of Punk snotty demeanour. Bands like the Chords very much typified that Punks in Parkas sobriquet. One-time Punk bands like The New Hearts became Secret Affair and added in a chunk of soul music to their Punk/Mod hybrid and with it garnered perhaps the most original sound from the Revival Period culminating in the classic Time For Action.

Punks affinity with that other most rebel of music Reggae is well known. The Clash made a series of scorching Reggae Cuts from covers such as Junior Murvin’s Police & Thieves and Willie Williams’ Armagiddeon Time to their own originals like Bankrobber. The Ruts and The Slits also made great slices of Reggae. Reggae legend Bob Marley returned the favour on Punky Reggae Party namechecking The Jam, The Damned and The Clash. Its therefore no great leap to see how 2-Tone came into being.

2-Tone was perhaps Punks greatest musically influenced legacy. The Rude-boy bounce of Ska and Rock Steady appealed more to the predominately white working-class incumbents of Punk. The Roots Radical vibe a more middle-class affinity. From the ashes of Punk band The Coventry Automatics came The Specials. Their eponymous album is the perfect mix of Punk and Ska. It’s striking black and white imagery and Walt Jabsco logo (based on an image of rude-boy era Wailer Peter Tosh) was an immediate hit. Hot in their wake came Midlands band The Selector who took The B-side of The Specials first single; the Prince Buster influenced Gangsters. The Beat, Madness and the all-girl Bodysnatchers took the Punk/Ska template and each added their own spin on it. Its sound, attitude and most of all, its style inflamed a generation.

Punk was a flame that burned bright and extinguished too early but its greatest achievement was that it lit the touch-paper to so much more. Johnny Rotten may have felt cheated, trapped in a cartoon punk circus he was no longer ringmaster of, but the legacy of his charge spread far and wide and away from the machinations of Machiavellian Svengali’s and I think above all he loved that most of all. 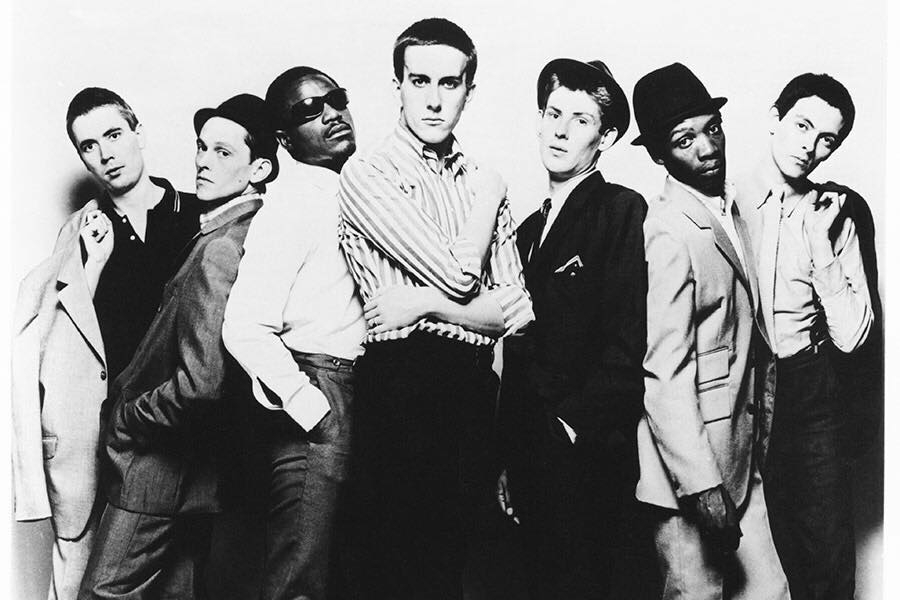