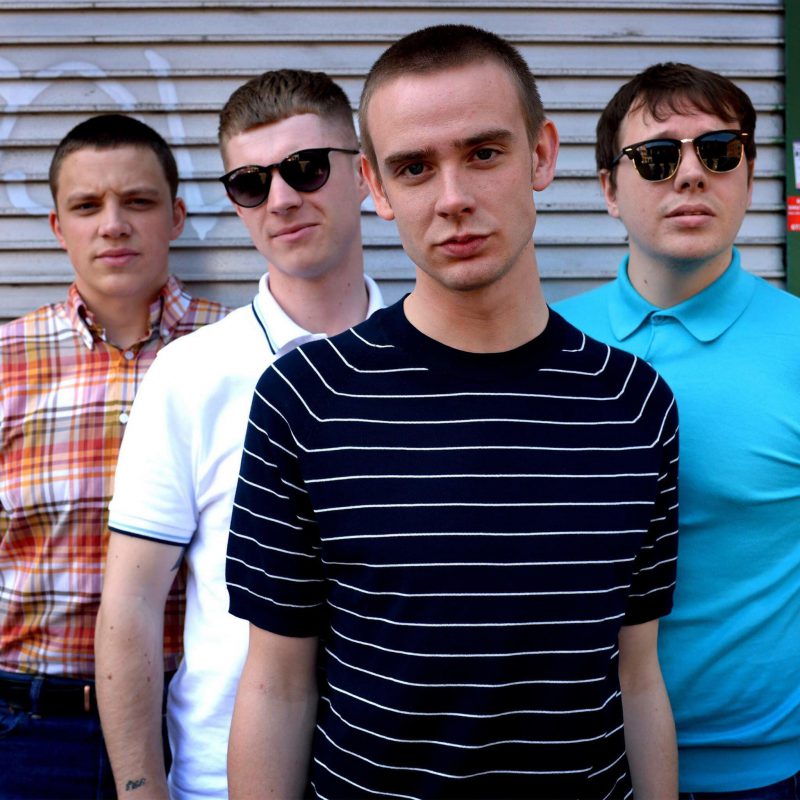 Tales from the Land on the Never-Never.

By the time YEAR ZERO arrives at the end of July this many sceptred, yet fractured, isle will be rejoicing in England’s second World Cup Final victory bringing with it happiness, wrapped in Poundshop St George’s flags made in China and toasted with Supermarket multi-pack continental lager. With it will come a raft of misguided xenophobia, hasty tattoos, cheap celebratory tat and an all too brief flight from being the grist to somebody else’s mill.

Watford’s own mercurial lost boy’s THE SPITFIRES 3rd album is hewn from the same paranoid suburban corners, where hope has stalled beneath flickering street lights. The friendships forged at school that have since run out of educational road and now sit together on low walls heads down casting bored phlegm onto the broken glass pavers.

The taut musicality of their debut RESPONSE is revisited across the first half of the album. The muscular hard-left guitar attack and machine gun drum clatter is perfectly balanced with the increasing nimble bass and keyboards which are allowing the band to greater define a sound that is their’s alone.

Opener REMAINS THE SAME with its amphetamine ska lurch and haunting Rico trombone is typical of this new palette of suburban sound-clash. It’s a fine trick they repeat several times, most notably on single MOVE ON and live favourite SOMETHING WORTH FIGHTING FOR.

The pop sensibilities of second album (a lost classic to these ears) A THOUSAND TIMES is also present. The Madness music-hall jaunty piano of OVER AND OVER AGAIN and the male/female duet between Billy Sullivan and (another star in the making) Emily Cappel BY MY SIDE are both wonderfully structured songs – The Spitfires really do know their craft!

If anything the final run-in of the album is even better; SICK OF HANGING AROUND and forthcoming single THE NEW AGE are pure adrenaline rush anthems for an entire generation who have spent half their lives in a mental fetal position like a dog that’s beaten too much – ‘they need National Service!’ – Great! How did a dozen years of institutionalised apathy work out for them? It’s the hope that kills you!

The last two tracks are my personal favourites on the album; YEAR ZERO has a Lynch Mob meets The Mescaleros feel to these ears and I would love to hear the boys explore this sound more. Album closer DREAMLAND is a bona-fide classic with its haunting brass section and sleepy rolling lilt, it has a weariness that echoes the general malaise of 5 years of a singular punitive one-sided austerity that has doomed an entire generation.

YEAR ZERO is a stunning album; shining a light into the darkened corners of a Britain thats lost sight of its ‘Great-ness’. The sharp end of the wealth divide where the lost boys and girls haunt this never-land dreaming of appearing on Love Island or England winning the World Cup… sadly I doubt it’ll end the ‘thirty years of hurt…’