The year ended with the mini album Introducing The Style Council which was released only in Japan, Australia, Holland, Canada and the US containing their recorded output to date, but still sold well in Dutch Import sales alone.

‘Daylight turns to Moonlight and I’m at my best…’ is Mod captured in less than 10 words.

The first line of their 1984 single My Ever Changing Moods with its Isley Brothers soul-funk groove was another big hit (UK No 5), including for the first time the US where it reached top 30 – Weller’s highest single chart position there; before or since. The success of the single meant that their debut album   Café Bleu released in March was renamed after the single in the US.

Café Bleu has got to go down in music history as one of the most surprising and eclectic albums of all time. It is a massive departure from The Jam (and indeed Rock in general) – It is a melting pot of the band’s influences musically and incredibly Weller (arguably the bands biggest draw) sings on less than half the tracks. The Hammond-cool opener Micks Blessing (similar to Moods B-Side Micks Company) is a great introduction its Jazz stylings and echoes throughout the album with its use of Jazzy chords and all out BeBop on the Steve White showcase Dropping Bombs on the White House.

Guest vocalists Tracey Thorn (from Everything but the Girl) adds her haunting tone to A Paris EP tune The Paris Match and Rapper Dizzy Heights appears on cod-rap (and probably one weak track) A Gospel. In amongst the jazzy-acoustic near solo numbers are reworked versions of Moods, Headstart For Happiness (featuring new band member D C Lee) and future single You’re the Best Thing before ending on another Hammond Workout Council Meetin’ – A truly stunning debut that (A Gospel aside) still sounds incredibly fresh and vibrant today.

Taken from the Album, You’re the Best Thing was the lead track to the Groovin’ single backed with track The Big Boss Groove a jazz-swing number complete with a wailing harmonica courtesy of Weller also charted at No 5, and up until the release of You Do Something To Me some 20 years later You’re The Best Thing was the go-to Weller Wedding song of choice, with its beautiful glissando guitar line and Curtis falsetto; it remains one of his most complete all-round songs. 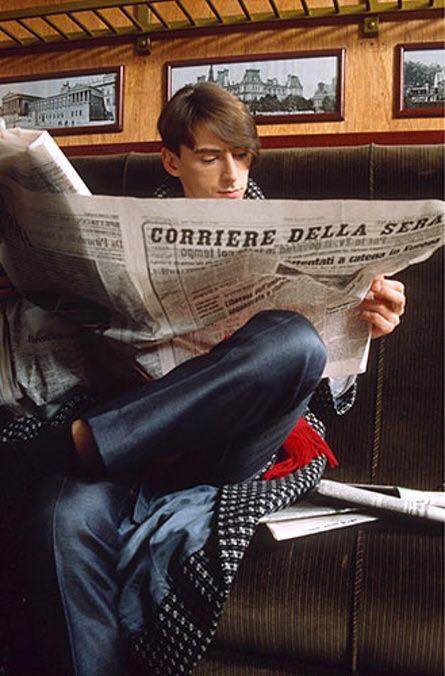 Amazingly the run of incredible singles continued with soul stomper Shout To The Top, with a strident piano and uplifting lyric it reached number 7 in the charts. Perhaps a little at odds to the earlier singles was the use of Warsaw in the video with its purveying greyness and communist brutalist architecture showing the way to the following year of Miners, Militancy, Live Aid and Lenny Henry as well as an increasing political bent. The B-side, the haunting and sombre beneath the gun-towers love song of Ghosts of Dauchau was as sobering as the 12” companion The Piccadilly Trail, again flirting with homoerotic tension, was as uplifting with its summery percussion.

The Style Council became a household name across the World in 1985 and released their best-selling album Our Favourite Shop – it was a return (in part) to the intensity of The Jam albeit with perhaps more direct lyricism and less direct musical assault, and as brilliant as it is I can’t help but miss those first two years of incredible spiritually uplifting output and simple joie De Vivre that so defined their sound. It remains one of Weller’s favourite times musically ‘like being in a youth club’ as he once described it… and who doesn’t want to relive their youth every once and a while.